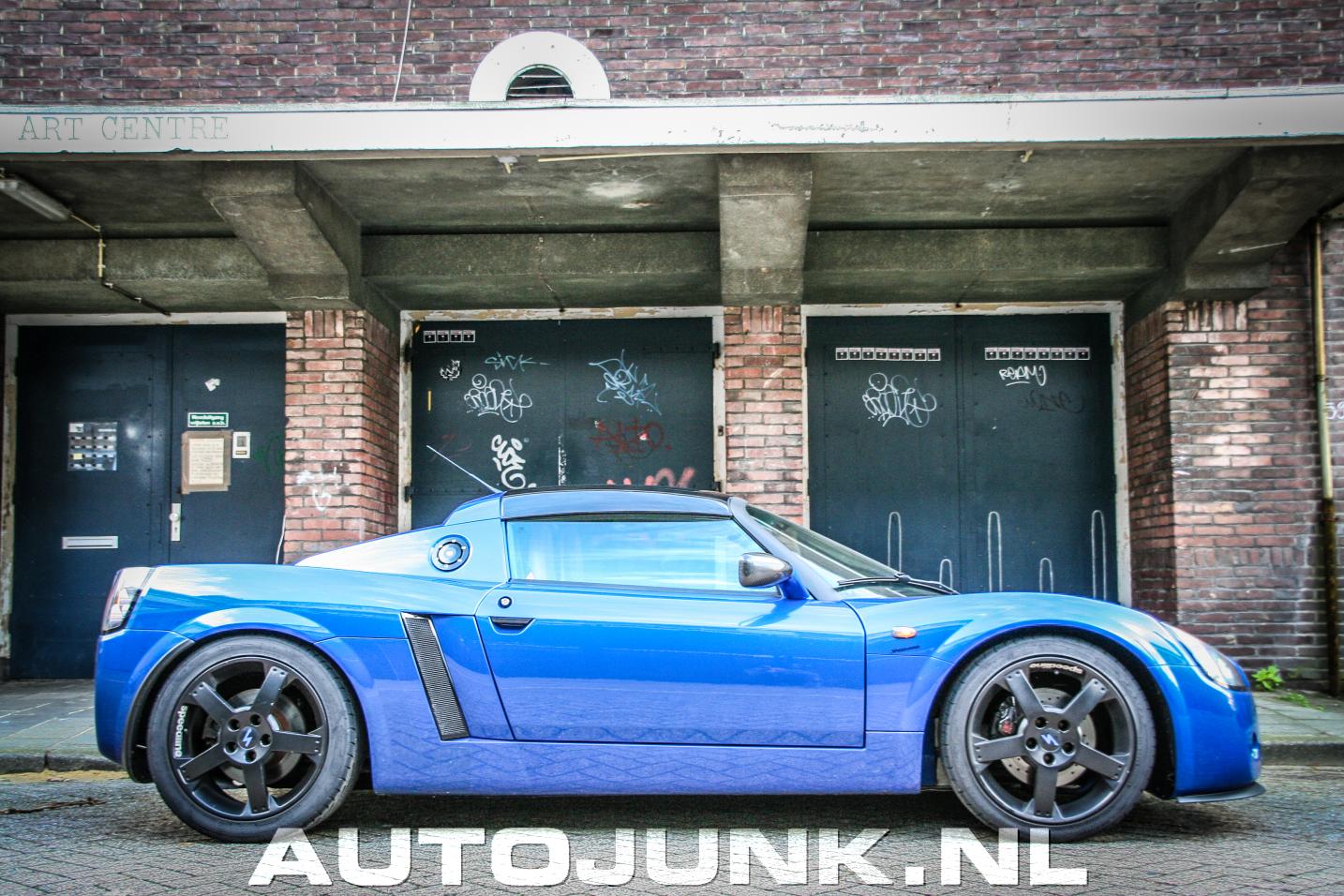 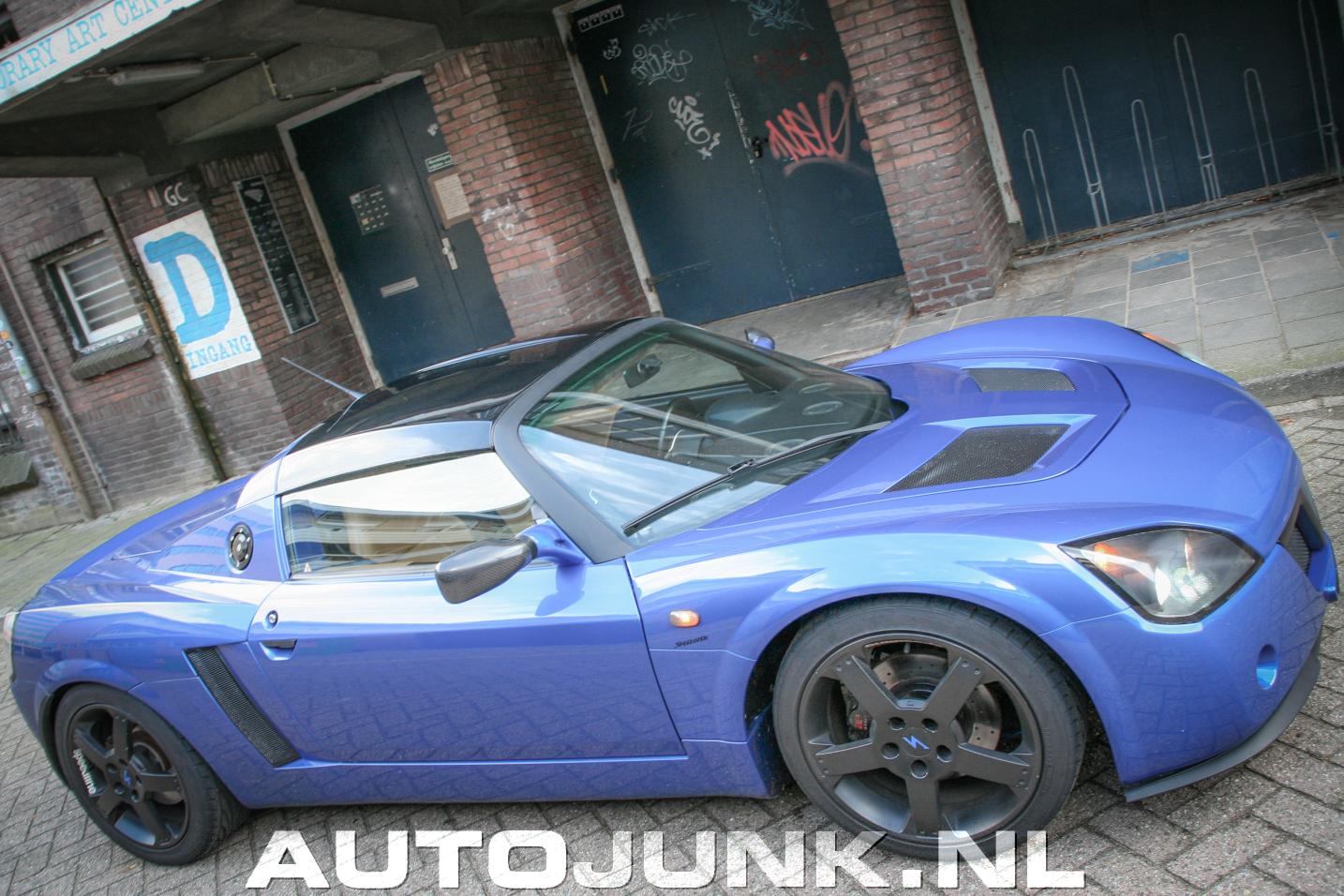 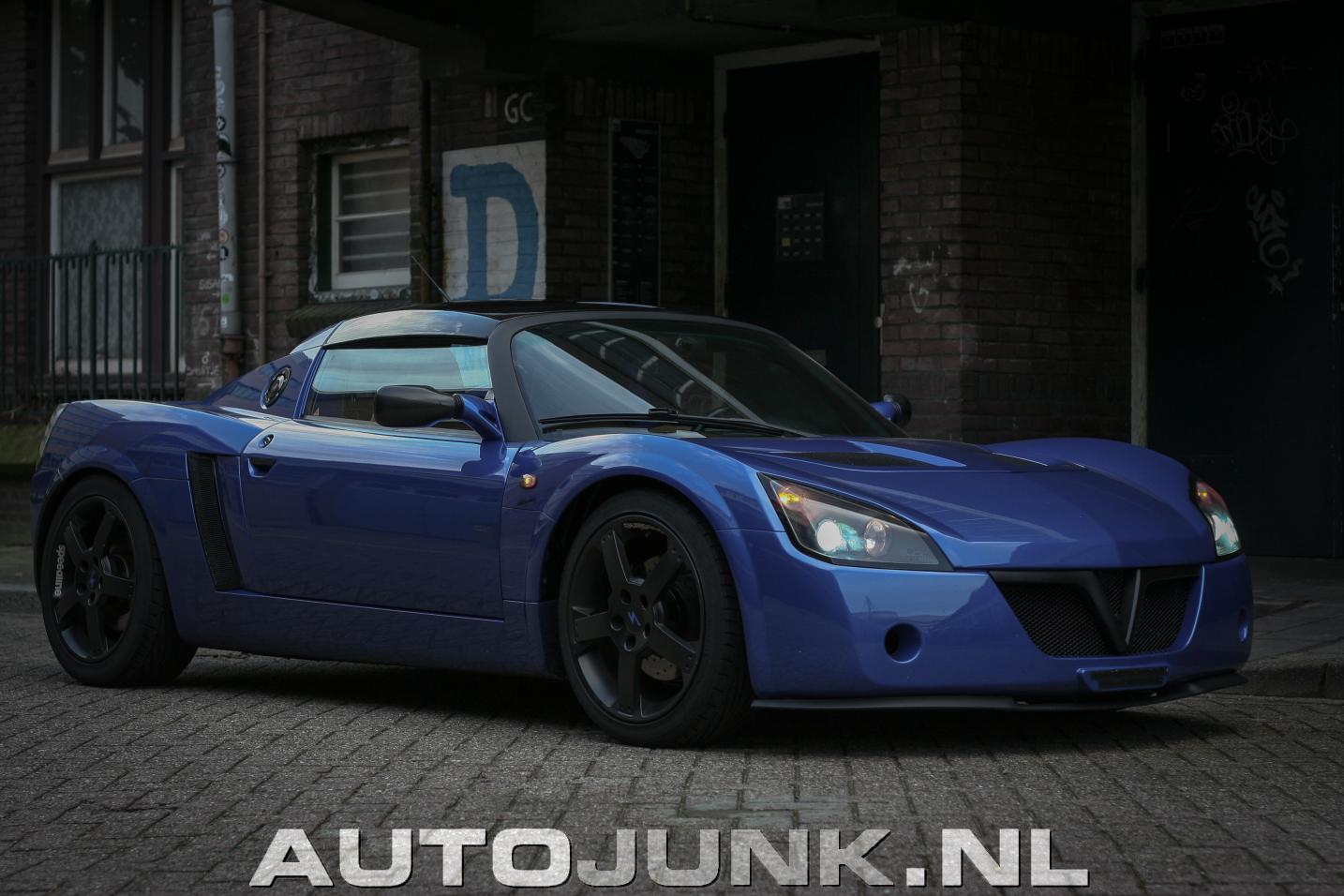 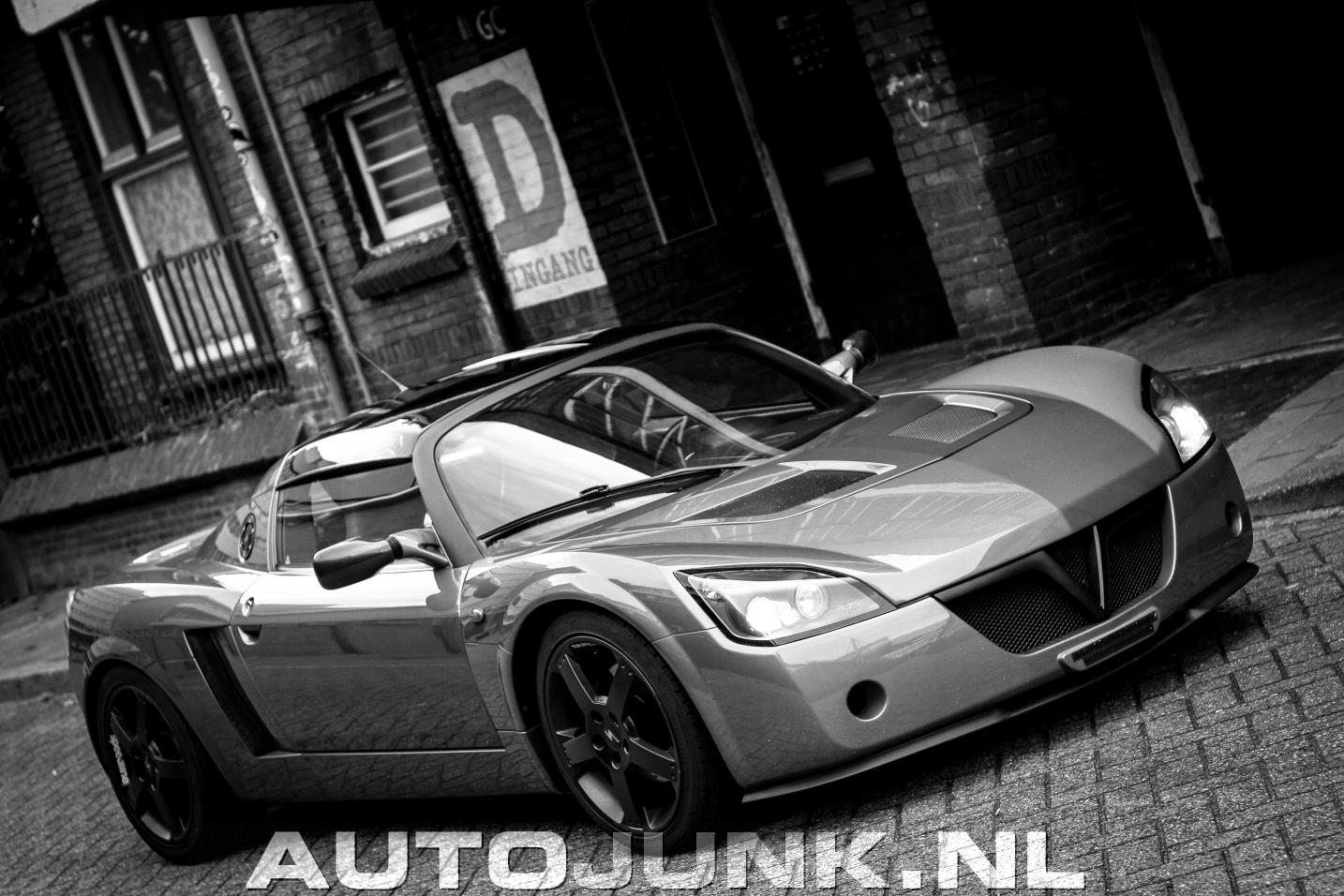 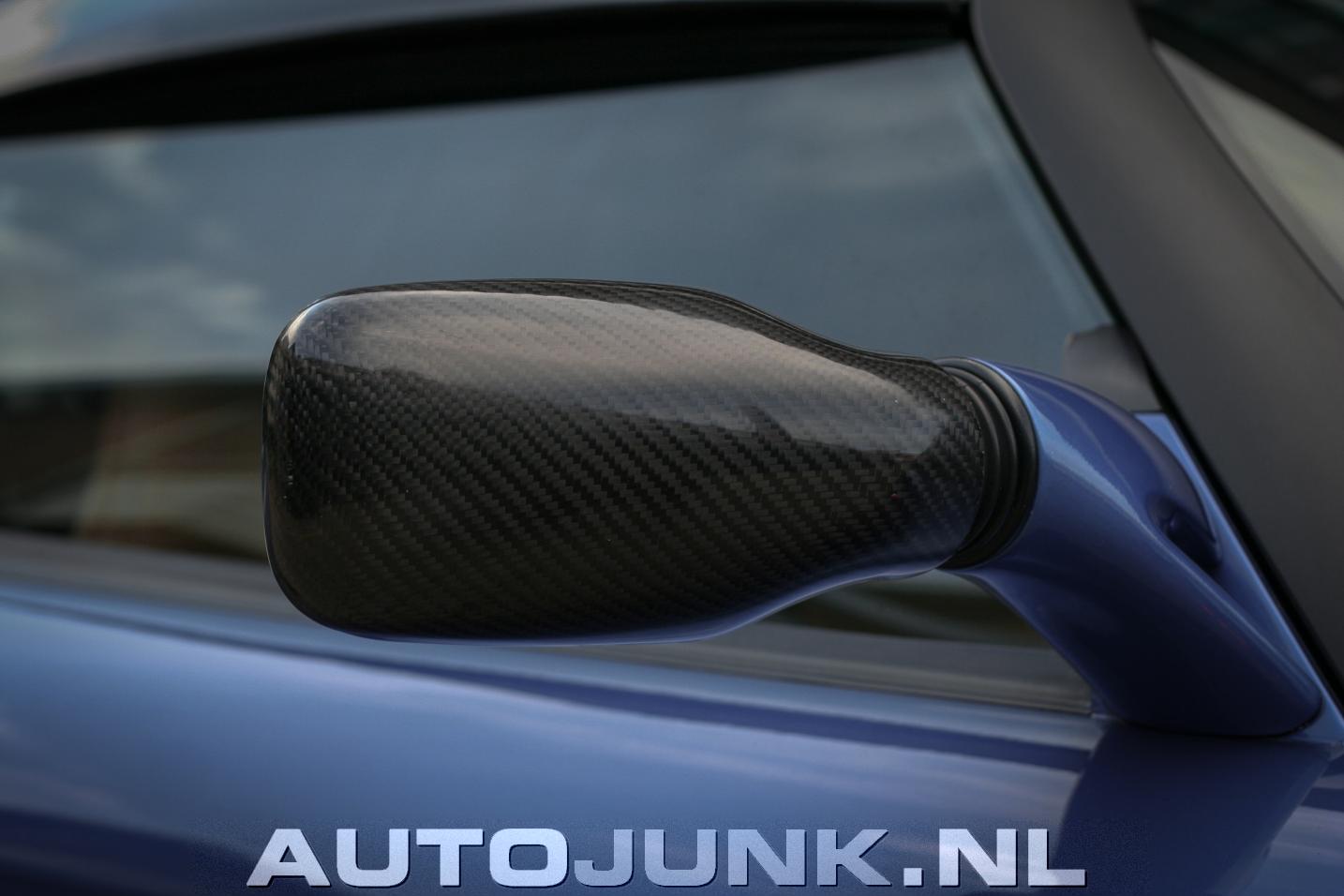 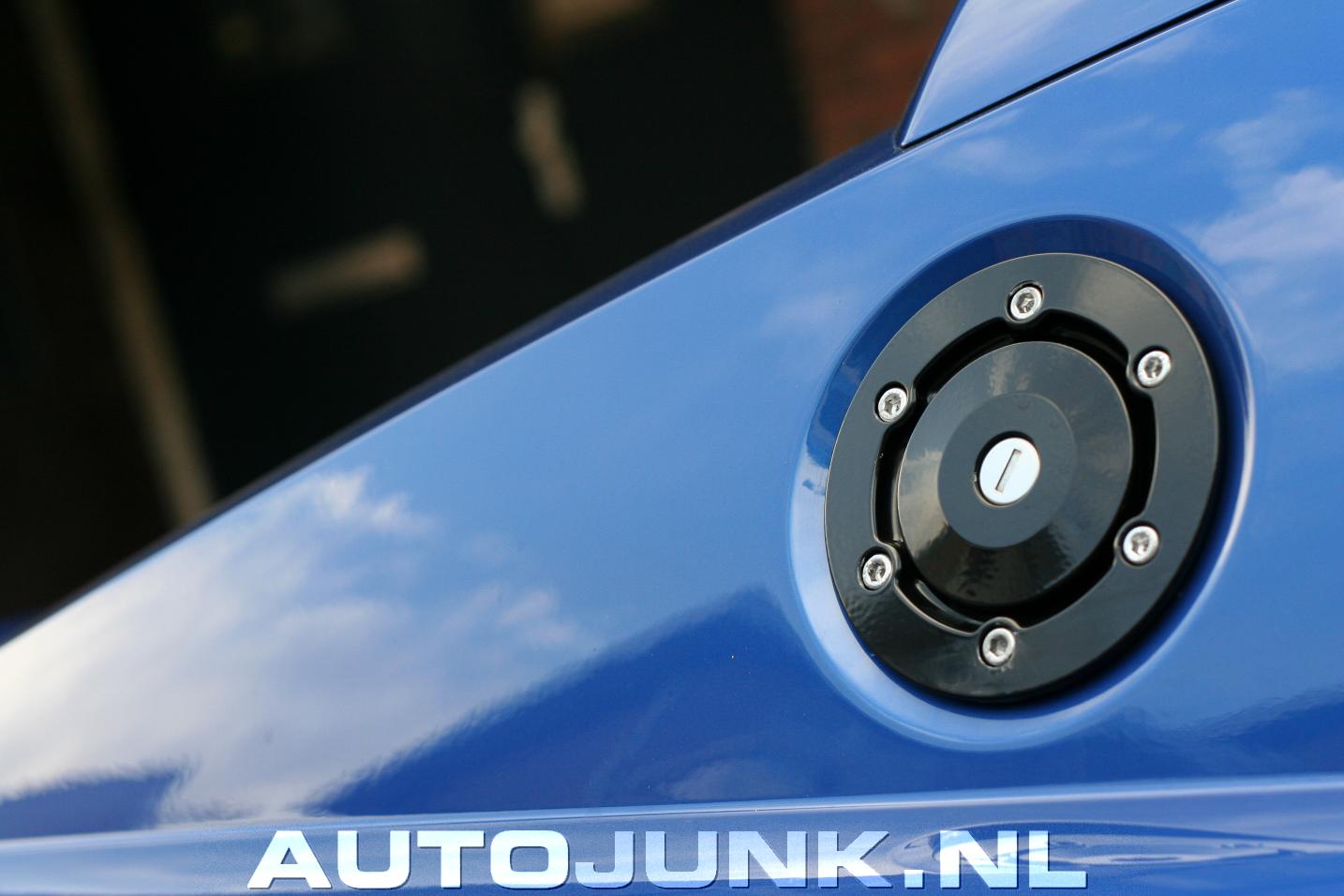 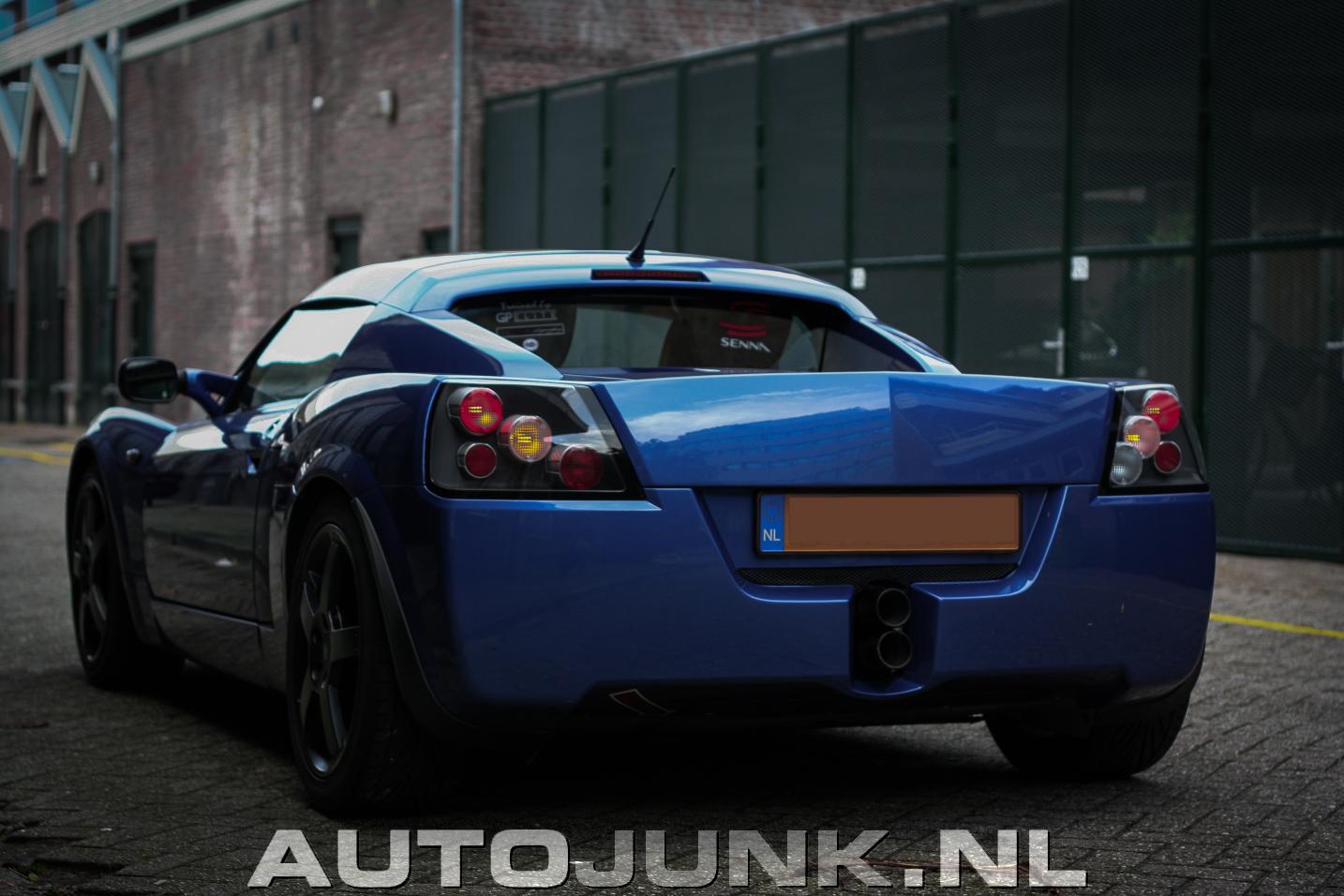 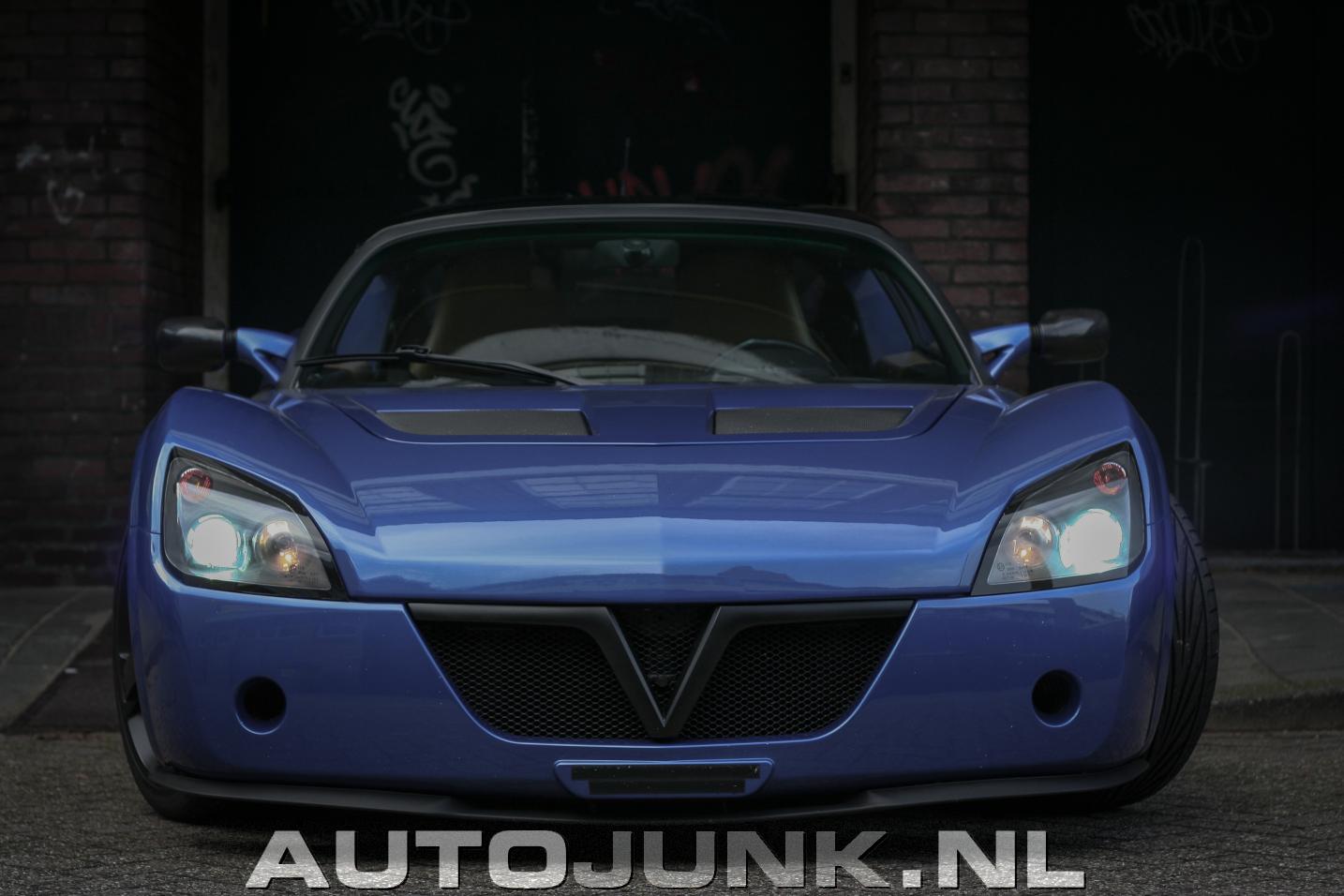 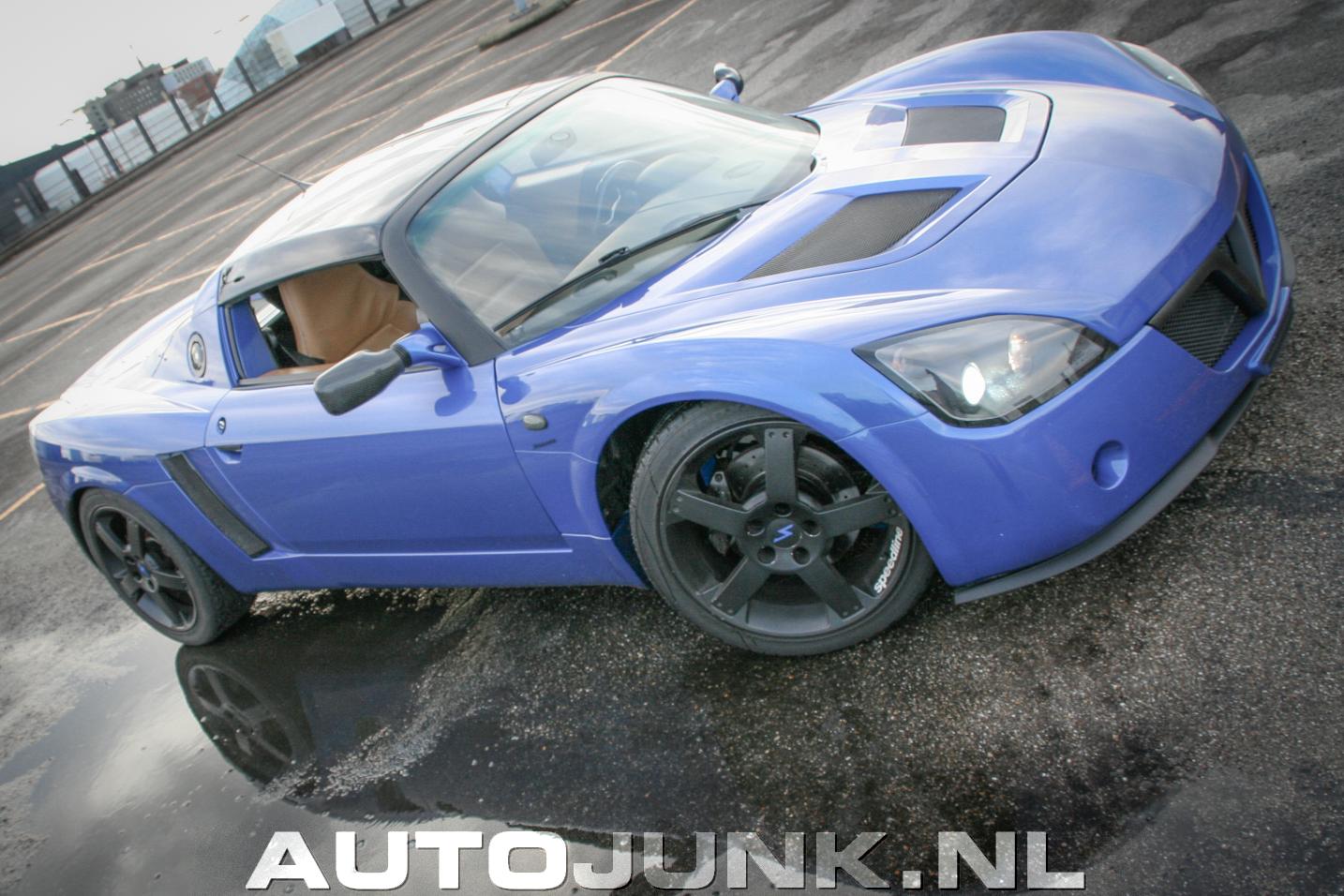 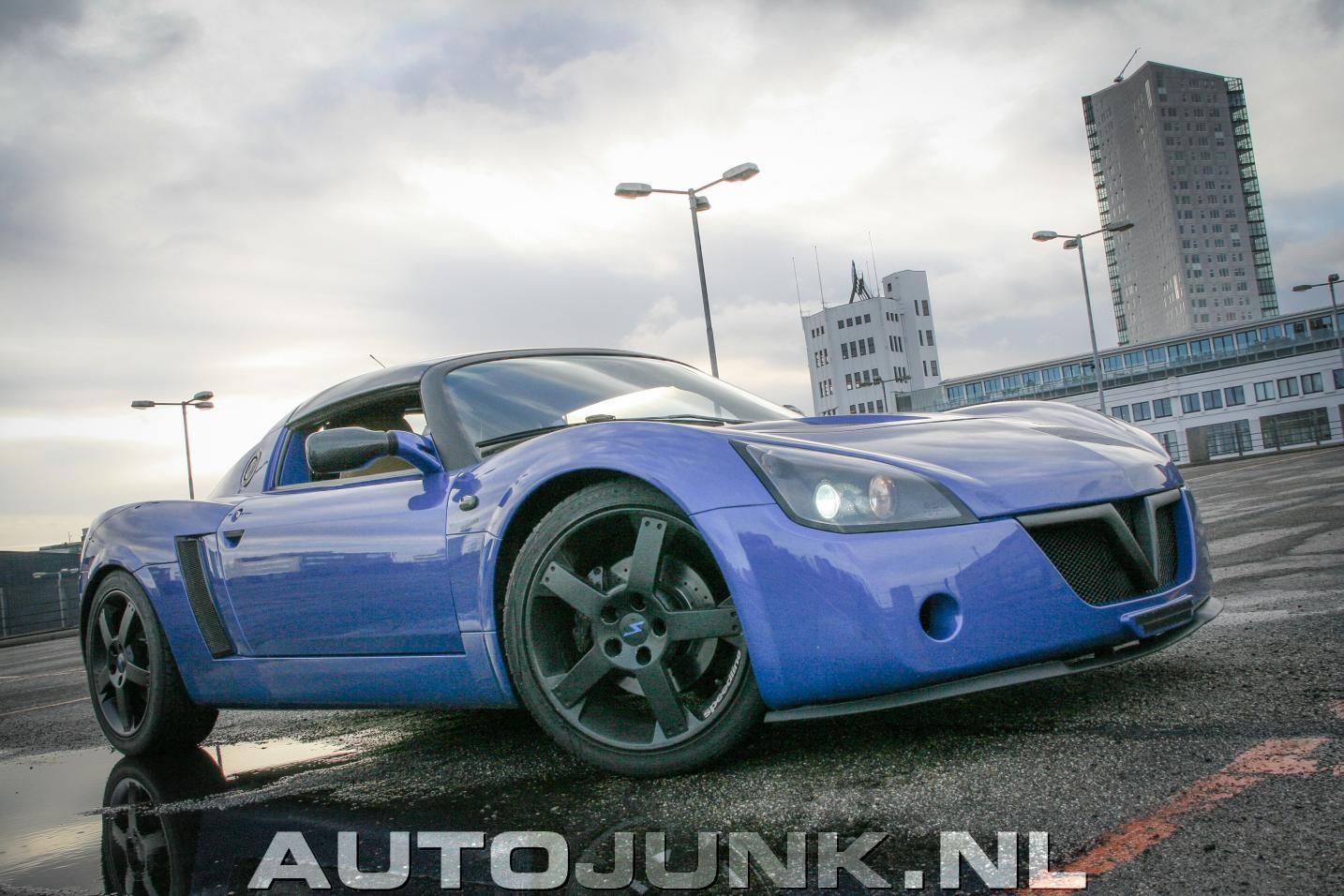 MY CAR:An Opel Speedster 2.2 built in 2001, production number 0735. In Europa bleu color. After owning a Westfield SE (460 kg, 150 PS) I wanted some hardcore driving material, but with the possibility to cruise home relaxed and dry after a track day. The Opel Speedster is a UK-built mid engined, targa-topped, 2-seater sports car from the German automaker Opel introduced in the summer of 2000. The car was hailed by the motoring press as a great drivers' car and won several accolades, including Top Gear's Car of the Year in 2003 and Car magazine “Performance Car of the Year”. The 2.2 NA (naturally aspirated) version was considered the easier drive of the two standard variants, and some journalists recommended that the Opel/Vauxhall car was better value for money than the Lotus (such as Jeremy Clarkson in his 2003 DVD Shoot Out).It was built in both right-hand drive and left-hand drive versions at the Lotus Cars plant in Hethel, Norfolk, England. It was sold as the Vauxhall VX220 in the UK, and as the Opel Speedster in the rest of Europe. Outside Europe it’s never sold. In total there have been 7,033 Speedsters built. Produced by Lotus at their Hethel, Norfolk factory, the Speedster carried the Lotus internal model identification Lotus 116 and the code name Skipton for the 2.2N/A version and Tornado for the 2.0 L Turbo. The car shared much in common with the Lotus Elise, yet Opel claimed few parts were interchangeable. Both cars are characterised by strong performance and sharp handling. The chassis utilizes an aluminium chassis tub that weighs only 150 lb (68 kg). The car also features bodywork which is made entirely of glass-reinforced plastic (GRP). The normally aspirated version used an Opel Astra all aluminium alloy 2.2 L Z22SE engine giving 108 kW (147 PS; 145 bhp) in a car weighing 870 kg (1,918 lb) — originally designed for Opel by Lotus, it arguably gives the Speedster more mechanical Lotus content than the Elise. The standard Speedster does 0-100 km/h in less thans 6 seconds, with 147 ps. My car had been tuned up to 200 PS and reaches 100 without shifting up to 3rd gear.The Turbo model, introduced in 2003, used an Opel designed cast iron block 2.0 L Z20LET engine, producing 147 kW (200 PS; 197 bhp) but weighing 930 kg (2,050 lb). This version was able to reach a top speed of 242 km/h (150 mph) and accelerate from 0 to 100 km/h (62 mph) in 4.9 seconds.Enhancements: Engine: (tuned up to appr. 200 PS; 197 bhp)•All aluminium alloy 2.2 L Z22SE engine•Speerke mapped ECU •Black Cup exhaust•Pre cat removed•2.4 inlet•Dbilas outlet•Sparco air filter customizedDrive train/brakes:•ABS switch•Track specification tow eyes •Brake pad upgrade Pagid RS14•Nitron NTR Fast Road adjustable shocks •Motorsport specification radiator •Cross-drilled and ventilated brake discs•Extra cooling brakesTyres:•Front : 205/45/17 Toyo t1r •Back : 225/45/17 Toyo t1r Looks:•Front splitter•Vauxhall V without logo•Custom speedster logo’s•Exige window•Coated wheels•Coated fuel cap•Coated gear knobOptions:•Navigation radio•Xenon•Leather seats•Drivers pack•Hard top

You should add a supercharger on that (z22yh) i believe,
Correct me if wrong , the alfa 157 2.2 i think in america is deliverd stock with a supercharger

@johanhummer9: ehhh, there isn’t an Alfa model such as the 157. The 159, however, was available with a 2.2 JTS engine, which was related to this Vauxhall/Opel engine. There were some tuners who applied superchargers, with good results (285 hp by Savali).

Instead of supercharging the VX220 I would go for a VX220 Turbo, though.